Skip to content
If you’ve seen any of our videos, chances are, you’ve heard an English accent. But did you know that we have not one but two English accents on the Green & Co. team? That’s right, both Oliver and Richard have origins in the United Kingdom, and therefore, the fancy accents to match. We thought it would be fun to get to know our Green & Co. Brits a little bit better with a quick interview. 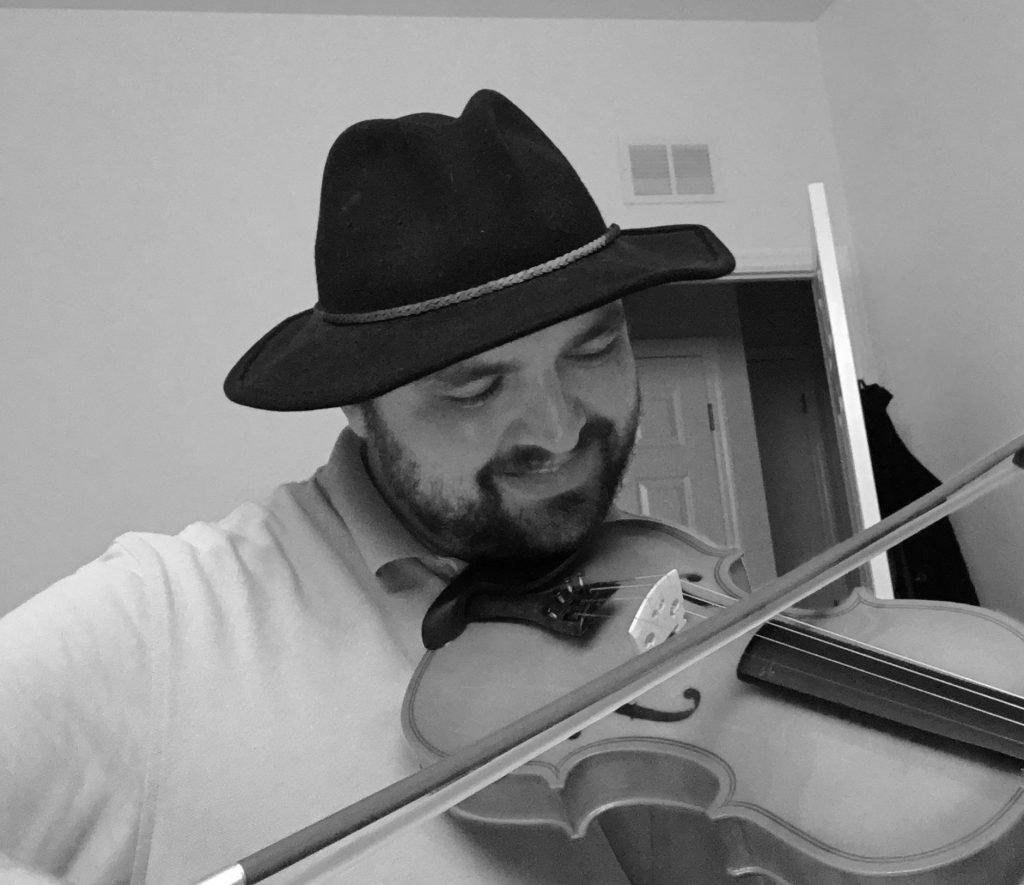 Oliver heads up Green & Co’s marketing machine. He does everything from our website design and maintenance, to our digital marketing, social media posts, graphic design, and video creation. He makes all of our business listings look beautiful, and he is responsible for our impeccable, industry-leading quality of marketing.

Where in England were you born?

As it happens, I wasn’t born in England; my dad started out as a Savile Row tailor in London and then transitioned into the fashion industry, and my parents moved to Milan to pursue opportunities in that business. I was born there.

When did you first come to Florida?

My first taste of Florida was very early, and lives only in my dimmest memories – my parents’ fledgling business accepted a fantastic contract in Miami for 18 months, and we moved there when I was less than a year old, after which we moved back to Milan, where we would stay for the rest of my childhood.

However, with both my parents being English, and going to a British school in Milan, I grew up with the British accent. Along the way I learned Italian – in which I consider myself fluent, though it’s quite rusty at this point – as well as French and Spanish.

Do you still have family in England?

My parents, along with my brother and his family, still live in Italy. My sister (also in fashion) and her family now live in Manhattan. Other than a small branch of the family in Minnesota and Wisconsin, the rest of my family lives in the UK, mostly in London and Kent.

How long have you lived in the US?

I moved to the US again briefly to study at Berklee College of Music, where I was a songwriting major. However, at 18 I was still unprepared to be quite so far from family, and ended up moving back to Italy after my first year of classes. I then moved to the US for good in 2001; the 20thanniversary of that move will be in just a couple of weeks. I gained US citizenship in 2009.

If you moved to the UK, where would you live?

If I were to move back to the UK, choosing a particular spot would be a difficult decision, but I would probably choose the areas which have been my ancestral home for centuries – Kent, Sussex, and southeast London. My preference would be somewhere that is a little removed from the hustle and bustle of big city life, but still within easy reach of it, and with a vibrant music scene.

What is your favorite UK food?

A favorite UK food would probably have to be the traditional English Sunday dinner of roast beef and potatoes and Yorkshire puddings, with a banoffee pie for dessert. The English are somewhat notorious internationally for our cuisine, rather than being famous for it, but the things we do well, we do very very well.

What is your favorite UK beverage?

Most of the classic British beverages are relatively easy to get in the United States these days, but I’m going to go with Ribena, a blackcurrant cordial which tastes like happy childhood memories to me. I’ve never quite understood why blackcurrant isn’t a much bigger thing in America.

Which English football club do you support?

I’d love to claim that my football allegiance has brought me joy at league and championship triumphs, but I’m a Tottenham fan, so I have to modify that down to reality a little. Our history as a club is glittering, but our recent successes have sadly been few and far between. Nevertheless, some of my favorite players, most notably Gary Lineker, were playing for Spurs at the time when I developed an interest in football, and my choice was born of that.

What do you miss most about the UK?

What I miss most about the UK is a somewhat nebulous sense of belonging, of ‘home’ – despite the vast majority of my life being spent in Italy and the United States, I’ve always felt most at home when setting foot on English soil. While I believe that a sense of community can be found everywhere, there is a particular feel to the English cultural mindset and sense of humor that I find very welcoming.

What do you love about living in America?

What I love about America is that people here are immediately much more open and genuine than in many other countries; it’s not difficult to make friends and find opportunities in America. It also led me to discover country music, which brought a whole new dimension to my songwriting. 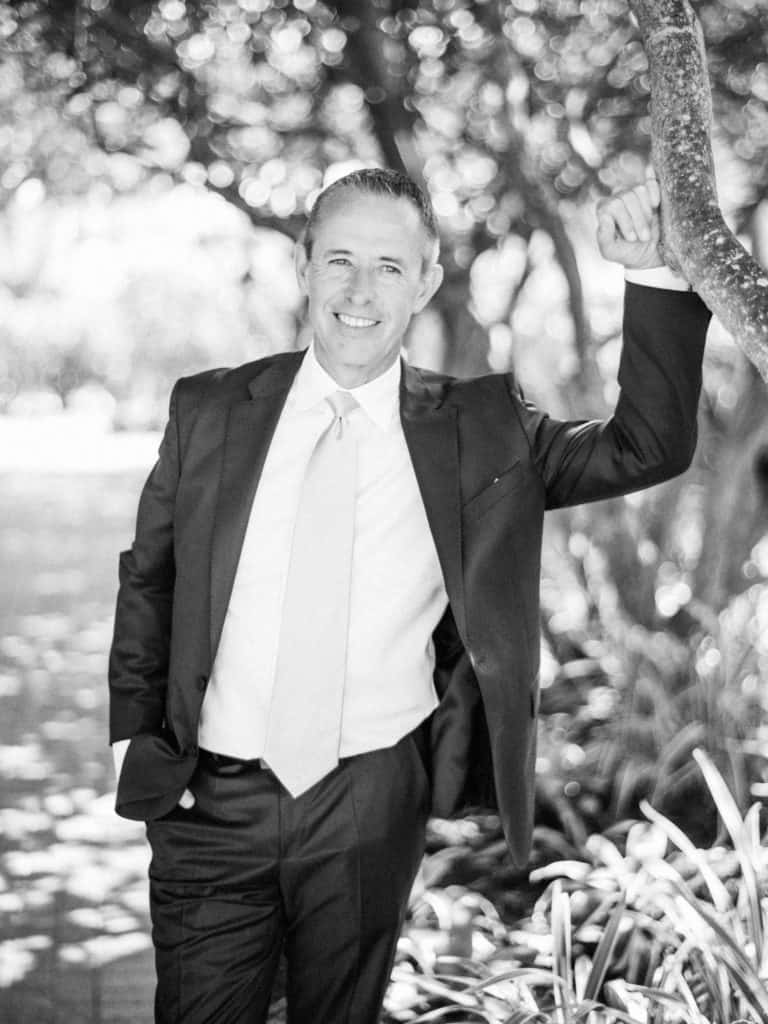 Richard is the face of Green & Co. and not to mention its co-founder and co-owner. Richard is currently the principal listing broker at Green & Co. but he also trains, mentors, and leads our team of business brokers on a daily basis. He brings with him from the UK a wealth of knowledge from starting, running, and selling multi-million dollar companies there for the past 30 years.

Where in England were you born?

I was born in Hemel Hempstead in Hertfordshire, which is just north of London. I then spent most of my life living in different cities and villages in Hertfordshire, with my last residence in England being this adorable, tiny, and, as the Americans would refer to it, ‘quaint’ village called Westmill.

When did you first come to Florida?

I first came to Florida in 1977. I was a little kid, who came with my parents to a wedding in Miami, and then of course, we got to go to Disney World. From the first moment I set foot off the plane, I knew I belonged here, and from that point forward, when people asked me what I wanted to be when I grew up, I always responded with, “I don’t know, but I know I want to come and live in America.”

In 1984, I got the chance to fulfill my dreams, when my local Rotary Club was looking for a student to participate in an exchange program. I immediately volunteered, and I was off to Orlando for my senior year of high school. It was the best year of my life, and at the end of it, I did not want to go back home to England, but sadly, I couldn’t stay. I spent the next 30 years dreaming of coming back to live in Florida.

Do you still have family in England?

Most of my family, including my eldest son Lewis, are still in England. They all live in and around the same place that I grew up in. My family has lived in that area forever, when my Father passed away he was living only 2 miles from where he was born. However, I am so lucky to have Harrison, my youngest son with me here in Florida, as he has purchased a business in Sarasota and lives in the US on an E2 visa.

How long have you lived in the US?

I moved to the US in 2015 when I purchased a business in Orlando and was granted an E2 visa. I immediately met my wife Elise when I was shopping for a house to buy. She was my Realtor, and about a year after she sold me my house, she moved into it! Being married to an American put me on a path to citizenship and I became an American Citizen in January of 2022. I’ve always felt like I was born to live here, and I am so glad I get to call America my home now.

If you moved back to the UK, where would you live?

I wouldn’t want to move back to the UK, but if I did, it would probably be the same area I spent all my life in, Hertfordshire, because that’s where my family lives.

What is your favorite UK food?

My absolute favorite UK food is a Sunday Roast. I miss it so much. Roasted meat, crispy potatoes, Yorkshire Pudding…it’s just the best. I have not been able to find a real English Sunday Roast anywhere in America, at least in Florida anyway. That’s something that I always have to do when I go back to England.

What is your favorite UK beverage?

English beer for sure. One thing I really do miss about the UK is the pub culture. They just don’t have it here in Florida and I really miss it. I miss the social aspect of it the most, although my wife would probably argue that I miss the beer more.

Which English football club do you support?

I’m not a huge sports fanatic, but in England we all definitely have our team. Being from just north of London, I am and always will be a Tottenham supporter.

What do you miss most about the UK?

What I miss most about the UK is my two boys…and pubs…and Sunday Roast. That’s pretty much it.

What do you love about living in America?

My favorite part about America is how friendly all of the people are. For the most part, everyone is so kind and warm. I just love the American attitude and how nice everyone is to each other. I also love the weather. That is one of the main reasons I’ve always loved Florida so much. Shoot, it’s February, and we will be at the beach this weekend with a 90-degree day and sunny skies. You just can’t beat that. England has only a few weeks out of the year that are as good as that! I think summer was on a Wednesday last year!

Please log in again. The login page will open in a new tab. After logging in you can close it and return to this page.